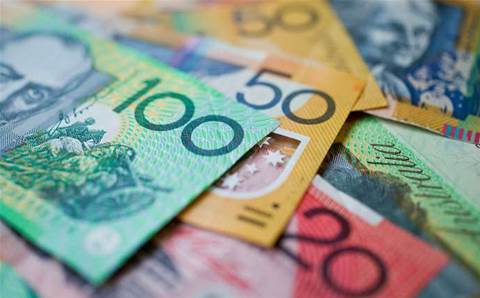 If you’re at a dinner party and mention inflation, interest, fractional reserve banking, or quantitative easing, you might notice a sudden influx of watch-checking as it sweeps through the crowd like a yawn.

Most of us understand the basics of credit, debt, profit and loss - the essentials to running our daily lives. Yet, there are so many aspects of money and financing that the average person just doesn’t understand. For others, we find the mechanics behind money to be fascinating. As highly skilled professionals managing money matters, Acumen Finance understands the intricacies of financing and can make this knowledge work for you. With a combined 38-years experience of negotiating private P2P loans for commercial mortgages and project development financing, you don’t need to know how money works - that’s our job. But for those of you with a healthy curiosity or the inability to leave well enough alone, in this article, we’ll tell you the abridged definition of “What’s the difference between hard cash and “new money”? And we’ll show you how banks create money from... well, essentially nothing.

Hard cash merely refers to the bills in your wallet, or (if you’re of the hoarding nature) stuffed in your mattress. Hard cash is legal tender, issued by the Reserve Bank of Australia (RBA). And although we are moving toward a cashless society, you likely use hard cash daily to buy goods and services. This, you know.
‍
But did you know: In 2016, Australia had just under $58 billion in cold, hard currency in circulation? That’s not much when you consider that in that same year, Australia's total household wealth was $8.9 trillion according to the Business Insider Australia. Bottom line, the actual amount of cash in circulation is only a very small percentage of the “money” that makes the economy go round. So, I hear you ask: “Where does the difference come from?”

Imagine if you will, transferring $100 from your checking account to your savings account. Click on the submit button, refresh your computer screen, and the $100 is now in your savings balance - that fast. Obviously, the bank does not actually remove $100 in bills from one location and move them to another. It’s a matter of entering numbers in a ledger. The ledger is the critical component here.

With us so far? Good!

Now, let’s say I walk into the nearest Commonwealth branch and deposit $1,000 hard cash into my account. In return for my money, the bank gives me a receipt which is now reflected as a “liability” on their balance sheet, simply meaning that should I request it, they are obligated to pay the liability. Interesting fact: Once the money is in my account, it is the legal property of the bank.

Back to the original deposit. From this cold hard cash, the bank maintains a “reserve” called a Money Multiplier, let’s say 10% or $100. And from these collective reserves, there should be enough cash on hand to cover their withdrawals. This model works as long as there isn’t a “run on the banks” whereby everyone attempts to withdraw their account balances simultaneously. Since the cash is now the legal property of the bank, they are allowed to use the remaining balance of $900 to make a loan to Oliver, who conveniently enough for this simple example, also banks at Commonwealth. Commonwealth Bank now has an “asset” (the loan contract), and when the borrowed money hits Oliver’s account, Commonwealth has a corresponding “liability” a entry on the books. Everything is in balance. Reserving 10% of Oliver’s deposit, the bank now has $890 that it can lend to Renee. This goes on until, after each institution takes its reserve, the balance is completely distributed. This is called Fractal Reserve Banking. The initial $1,000 deposit will generate nearly $9,000 of “new” money - out of thin air.
‍
The important takeaway is that this all takes place on ledgers - there really isn’t any cash beyond the initial $1,000 deposit, but it is purchasing power nonetheless. When you borrow money from a bank, it is not, in actuality, real money. It is a number in a ledger entered into the computer by a banking representative. Is it fractional money based upon the multiplier. Conversely, when you borrow money from a private lender, you are receiving hard cash in exchange for your signed contract. The “asset” of the contract goes directly on the lender’s balance sheet, and the “liability” goes onto your balance sheet, effectively cutting out the middleman banks and making the private loan process much more flexible.

Now, as long as the Olivers and Renees out there are borrowing from banks and spending
money, the economy is good. In fact, debt is a vital component of a healthy economy. The
healthy-economy equation is (oh, did I see your eyes roll?):

If all players are doing their part and borrowing and spending, spending and borrowing, the economy technically should remain strong. But there is another, rather fickle element that can disrupt the whole balance: Consumer Confidence.

Things, They are A-Changin’

Rebounding from a freefall earlier this year, housing prices in Sydney and Melbourne are displaying signs of new vitality with five-consecutive months of growth. This is backed by SQM Research, who is further predicting that the housing market will continue to climb by 16% and 17% next year, respectively. The recent cuts in interest rates by the RBA may be, at least in part, responsible for the turnaround. Rates have hit a historic low, down to 0.75% in October with another projected cut likely to happen in November. However, there may be an unpredicted downside to the recent upturn.

Homebuyers, eager to take advantage of favourable market conditions, may be over-leveraged as evidenced by the fact that Australians are paying down their debt faster, rather than spending more. This could also be an indication that the rate cuts are perceived as a negative symptom of the state of the economy - weak consumer confidence.

Regardless, the trend threatens to debilitate the Velocity of circulation needed to maintain a healthy economy. To this end, in an unprecedented move, the government has publicly been considering giving the Australian economy a rather unconventional boost.

Following a bold economic play committed by both the US and the UK to varying degrees of success, the gov’t is playing with the idea of infusing capital into the system - either with hard cash or the purchase of government bonds, is uncertain - and thereby boost the bank reserves and decrease the money multiplier ratio in a move called “Quantitative Easing.”  Now, stick that into the dinner-party dialogue and watch the room clear out…..