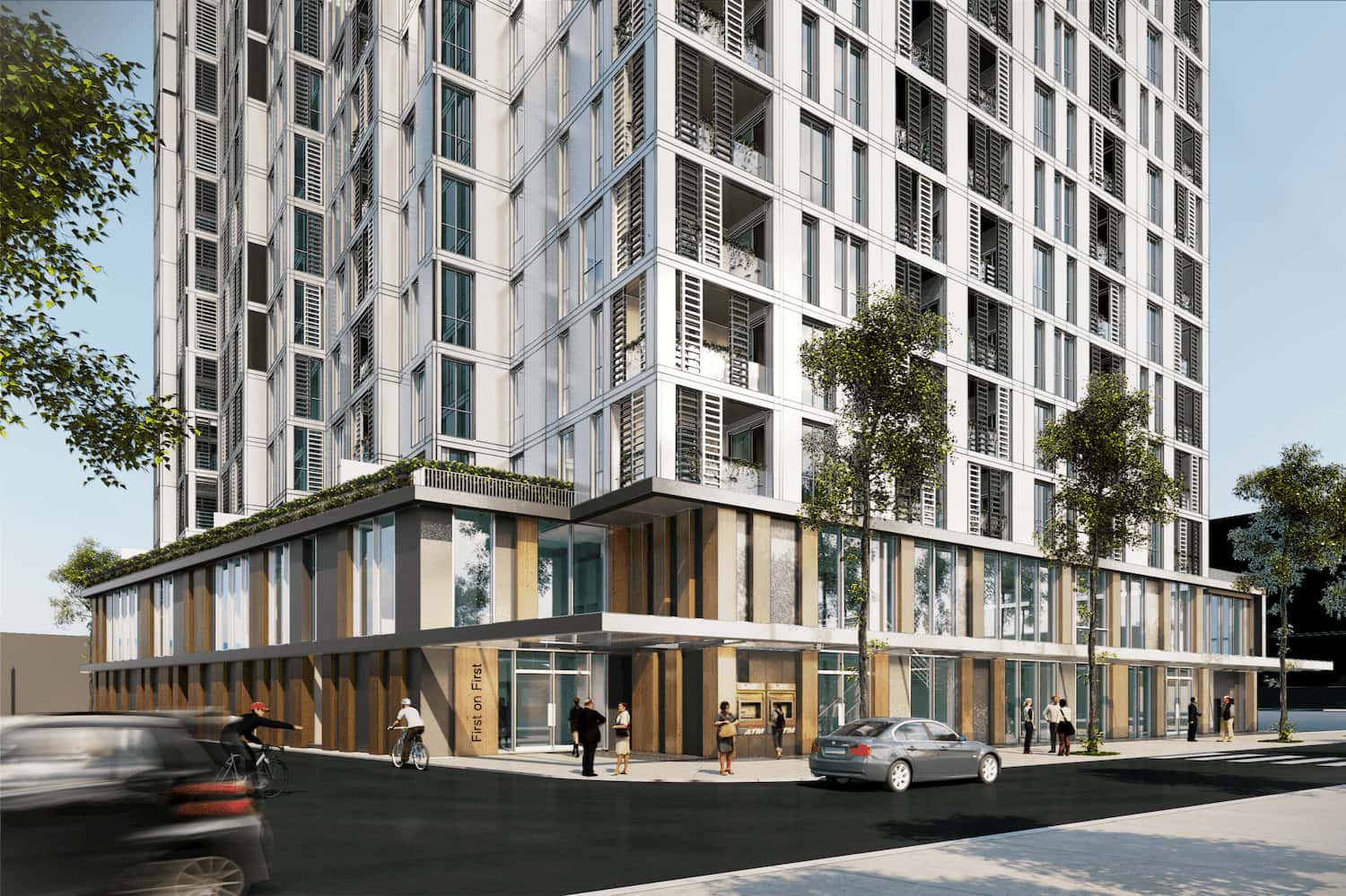 Commercial property investment is a necessity in a world where demand on business is growing, and the need of organisations for space and workplace premises are rising. And, auction houses across the nation are exactly where you’ll find the majority of the commercial property up for sale. It doesn’t much matter whether you’re a buyer or a seller, auctions can be both exhilarating and fairly terrifying for the uninitiated and, for newbies, there can be a lot of rules and regs to get your head around.

In Australia, if you’re heading out for a day at the auctions - as you do - you’ll find that auction houses across different states feature a myriad of different rules - this can get confusing at the best of times. Fortunately for you, if you aren’t already clued up, the team at Acumen Finance is here to fill you in on the state-by-state regulations across Australia.

Before we look at the state-by-state variations of law surrounding commercial property auctions, we’re going to quickly cover the overarching laws and regulations which apply in auction houses across the nation - federal law, as it were.  We’ll jot it down simply:

Going Across The Nation

So, the above laws apply everywhere - they’re the lay of the land. However, local government has the power to implement additional laws and regs in the states that they rule. Let’s take a look at the changes across the nation.

In the Northern Territory, real estate auctions must, like all places, be carried out by registered auctioneers - no pirates up here! The officials here recommend that reserves prices are listed ahead of auction-day, and buyers are more than welcome to consider pre-auction offers made through the appropriate agents and intermediaries. However, in the Territory, there is no cooling-off period on pre-auction notions, and during the bidding war, there are absolutely no limits on the number of vendor bids that can be made - which means prices can rise exponentially, but, as expected, all vendor bids are transparent and must be announced to bidders.

South Australian auctions, like all other states and territories, are dependent on a registered auctioneer and, before any auction takes place, the vendor has to establish a reserve price in writing - the day in advance, at the latest. If you intend to bid in South Aussie auctions, you will need to register yourself ahead of the event with the usual proof of identification that you’d expect. If you are bidding on behalf of a third party, to gain pre-approval, you’ll need to provide written confirmation from said party, stating that you are, in fact, doing so in their best interest.

By law, all bidders are recipients of three documents in South Australian auction houses and, once bidding commences vendors are entitled to make only three vendor bids per session, as long as they are under the set reserve price. Every bid that is made must be made clearly and stated audibly by the auctioneer to ensure that everybody involved is aware of the current pricing and progression.

The previously mentioned documents are The Bidder’s Guide, which will provide bidders with all the information they need throughout the auction, as it says on the tin; The Collusive Practices Statement, which outlines exactly what happens if you’re a naughty bidder and decide to go down the route of unlawful manipulation of auction results. And, The Buyer’s Information Notice, which advises bidders on all of the random bits ‘n’ bobs that they should take into account before deciding whether to bid.

On the west side of the Land Down Under, vendors will always put a reserve price to be met or exceeded by bidders ahead of the auction commencement. There isn’t any need for potential buyers to register as a bidder in advance in Western Australian auction houses, and once the auctioneer kicks off proceedings they’ll list the key features and conditions surrounding the freehold commercial property. Up to 10 vendor bids can be made through the auctioneer during the session.

In New South Wales (NSW), properties must now be listed with an estimated sale price or, at the very least, a price range fitting of the commercial property with the higher end not exceeding 10% than the figure at the lower end. The figure must be subject to due diligence and verifiable market research. This regulation came into reality back in January 2016, and prevents agents from listing properties for sale at auction with open-ended guides like ‘offers over’.

To get involved with the bidding wars in auction houses across NSW, members of the public need to be registered with the relevant vendor’s real estate agent and, by being so, each individual will be given a bidder’s number - registration is simple and can be conducted either on the day of or in advance. And, as with the majority of auction houses, you should consider giving the commercial property vendor a direct offer ahead of bidding if they are open to receiving one.

By NSW law, auctioneers must provide all participating bidders with copies of the Bidder’s Guide, a guide book for all things ‘auction’, before the auction commences. And, to ensure that bidders are aware of the status quo at all times, the law dictates that agents at auction must display a myriad of auction conditions, including the buyer being the ‘highest bidder’ assuming the reserve price is met or exceeded. Likewise, the auctioneer has the right to make one bid on behalf of the seller whilst rejecting any bids that may not be in the best interest of the seller and, once the time is up, the time is up - the auctioneer cannot accept late bids.

When you reach Victoria on your Australian commercial property investment tour, you should know that there is absolutely no lawful requirement for sellers to advertise a reserve price for their property. So, as you can imagine, prices can sky-rocket. With that said, there also isn’t a lowest acceptable offer that has to be met, but this is balanced by the fact that there is no limit to the number of vendor bids. The auctioneer will always ensure that the entire bidding cohort is abreast of the up-to-date price of the commercial property so that everybody is clued up and aware.

Some sellers in Victoria will accept pre-auction bids from prospective buyers and, if they do, know that you can send an offer in through the relevant agent ahead of auction day, potentially expediting the process for both parties. Take note though, if you leave it too late and your offer is accepted within three business days of the property going under the hammer, you’ll waive your right to a cooling-off period, and you’ll need to front the cash there and then.

Oh and, as a quick addendum, Victoria is a little less regulated than the likes of, say, New South Wales, and buyers do not need to be registered to make bids on auction day ─ you can just turn up, if you fancy, popping in and start bidding on any property that you like. Also, while bidders are free to run wild, you should also know that auctioneers do not require the separate auctioneer licenses that are expected of auctioneers in other states.

In Queensland, pay attention when you’re at the auctions! If an agent sees that you’re from out of town and offers you a price guide on a property that is going under the hammer soon, don’t forget that it’s illegal in this part of Australia! Listings, if found elsewhere, must always be displayed with a disclaimer announcing that any visible price guidance is irrelevant to the property itself.

Vendors in Queensland do not have to set a reserve price when they put a property up for auction, but if they do, is must be down in writing days before the auction so that bidders or prospective buyers can clearly see what is needed or wanted of them at auction. If a reserve is not announced, the commercial property will be sold to the highest bidder on auction day. But, to be that highest bidder, you’ll need to make sure that you headed down to the auction house days in advance with your standard form of identification to register as a bidder.

Also, if you happen to be a vendor in Queensland you need to exercise caution not to fall afoul of the law. While there is no limit to the number of vendor bids allowed, any vendor bids over the reserve price is considered a “false bid” and is against the law.

Tasmania, unlike some other states, dictates that bidders or potential bidders must be pre-registered ahead of any auction that they wish to attend. And, if there’s a commercial property that takes a bidders liking, there is the option to make offers through the selling agent, before the offering goes under the hammer - if the vendor has agreed to this, of course. Fortunately, if your pre-auction offer gets rejected by the vendor, you can still participate in the auction. In Tasmania, there is no limit to vendor bids during the auctions, so be aware of sellers trying to jack up the price.

In the ACT (of auctioning - see what we did there?!), any potential buyers must be pre-registered as bidders ahead of any auction commencing; once registered each individual will be assigned a bidder number. Registration is a quick process and you’ll only need to provide your name, address, and proof of identification to receive approval. Just like in New South Wales, only one vendor bid is allowed per session.

So, now you’re about ready to head out and tour the Australian auction scene in any state that you so please. If you need any assistance in acquiring the final chunk of capital that you need to begin your investment journey or you’re ready to start the pre-approval process for your commercial property investment loan, the experts at Acumen Finance are ready to help. Our team specialises in the acquisition of investment lending and commercial mortgage finance. We are more than able to arrange pre-qualified credit letters so that you can flash the cash in the auction house. At Acumen, we have the ability to hook you up with the most competitive Tier 1, Tier 2, and Tier 3/Private lending solutions. So, if you’re ready to get in there and win a bidding war, get in touch with us and we’ll ensure that you’ve got the financial backing you need.